Poking around the web on Wednesday I visited eBay and out of curiosity I searched olive trees;  not that I needed another, but just to see if anything different was available.

There were only a very limited number of trees being offered,  and one was a varietal I had never heard of: Tosca.

The varietal was described as being self fertile and both a table and oil olive, which fit all of my criteria.   The price was also within my budget at sixteen dollars and change, so, I bought it.

Before I bought the tree I searched the web for more information and found almost none.  Visiting the sites of all of the major olive nurseries I did not find any who grew, or sold, this variety.   That really piqued my interest, and at that point I could not resist purchasing the tree.

After further research I found that Tosca originates in the Tuscany region of Italy; the variety is very resistant to cold and is used to make an excellent oil.

Another surprise was that the tree came from one state away, Connecticut.  I must not be the only crazy person in zone 5 who grows olive trees. 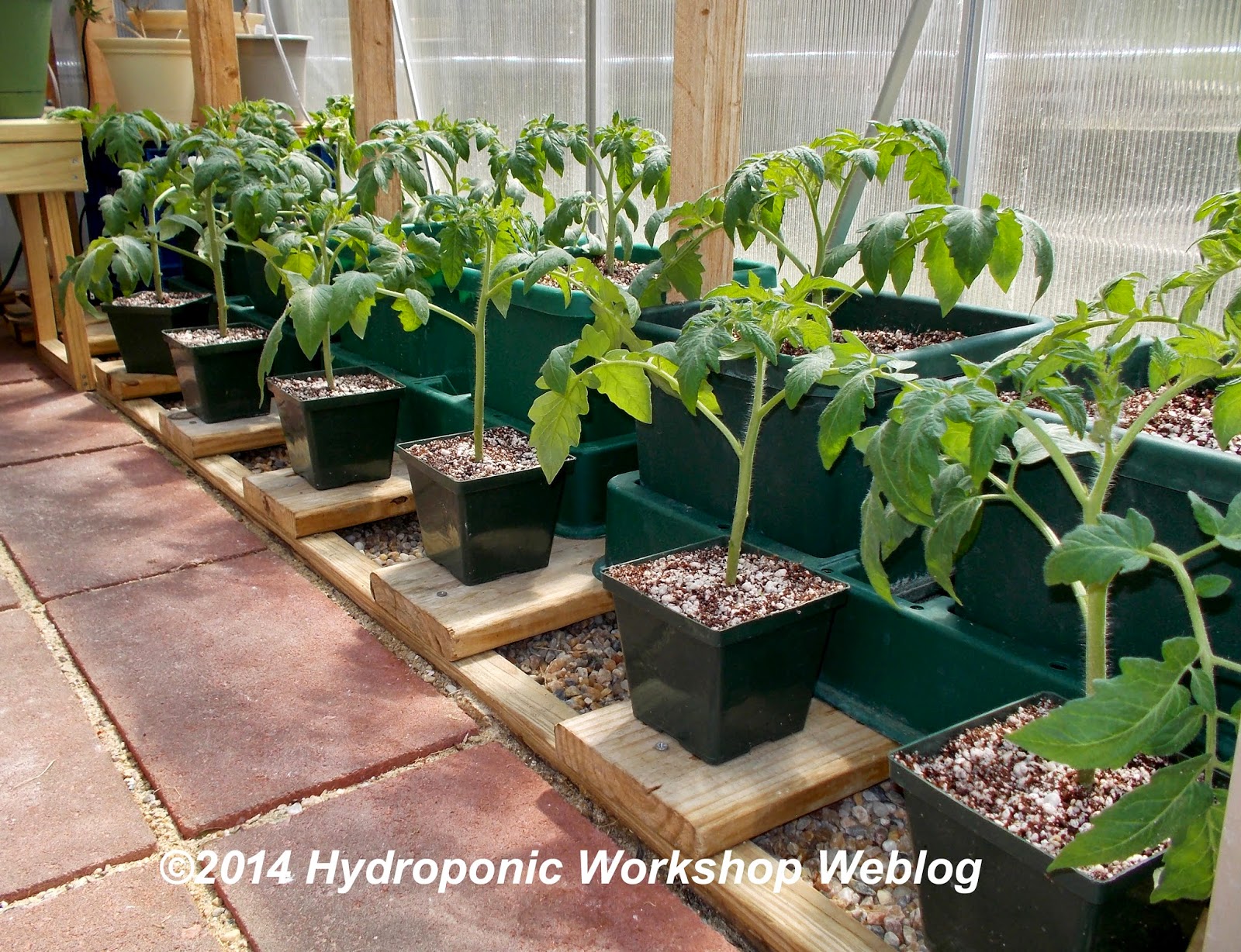 This year I waited until mid-March until I started my tomato seeds;  I usually started them on or about Valentine's day in previous years.   That said, this year's plants have grown so large that I had to up pot them today because they kept falling over.

The plants shown above are Tropic tomatoes, an open pollinated greenhouse variety  developed by the University of Florida.  They are highly disease resistant and are recommended for hot humid areas,  however they work really well in my greenhouse.

The weather at this time of year is unpredictable, so I know I will have to move them back indoors several times until the weather settles into a more spring like pattern.  Tonight the forecast is for the low temperature to be 25 degrees F, so the plants have been moved back indoors and placed in grow tents.

At this point I have no idea of what I am going to do with the plants in the small pots, as I have no more space for tomatoes. 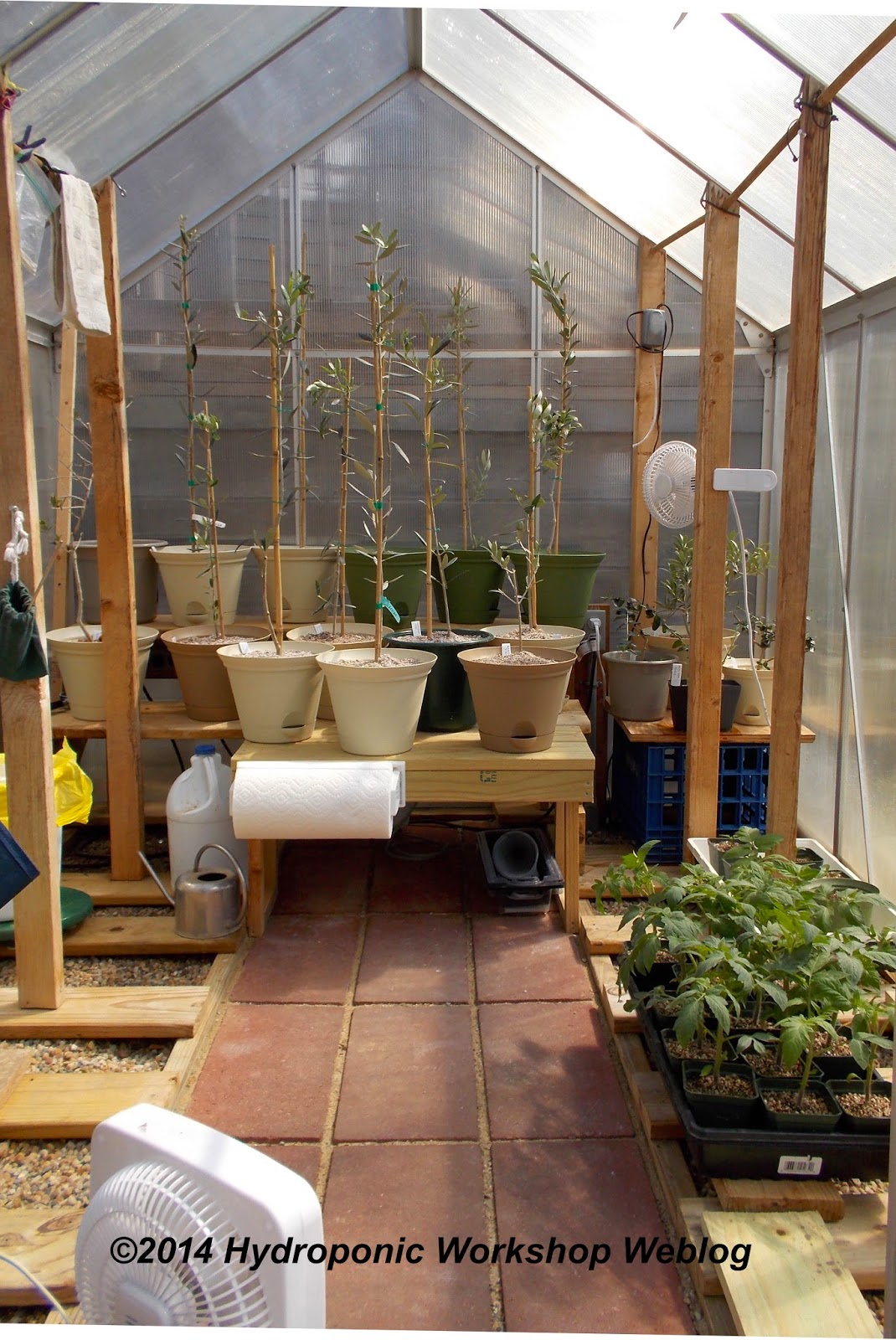 The greenhouse has been cleaned both inside and out, so it is ready for the 2014 growing season.

With the upcoming weather forecast calling for nightly lows within acceptable ranges, I decided to move the olive trees from the basement back into the greenhouse.  To my relief, the trees came through the winter remarkably well, with only two trees showing signs of stress.  And, they are two trees that have given me grief since day one.  The question is becoming whether I want to bother with them any longer, or just ditch them.

There is a flat of Tropic tomatoes shown in the photo also, and they are growing so quickly that I may have to place them into the autopots later this week. 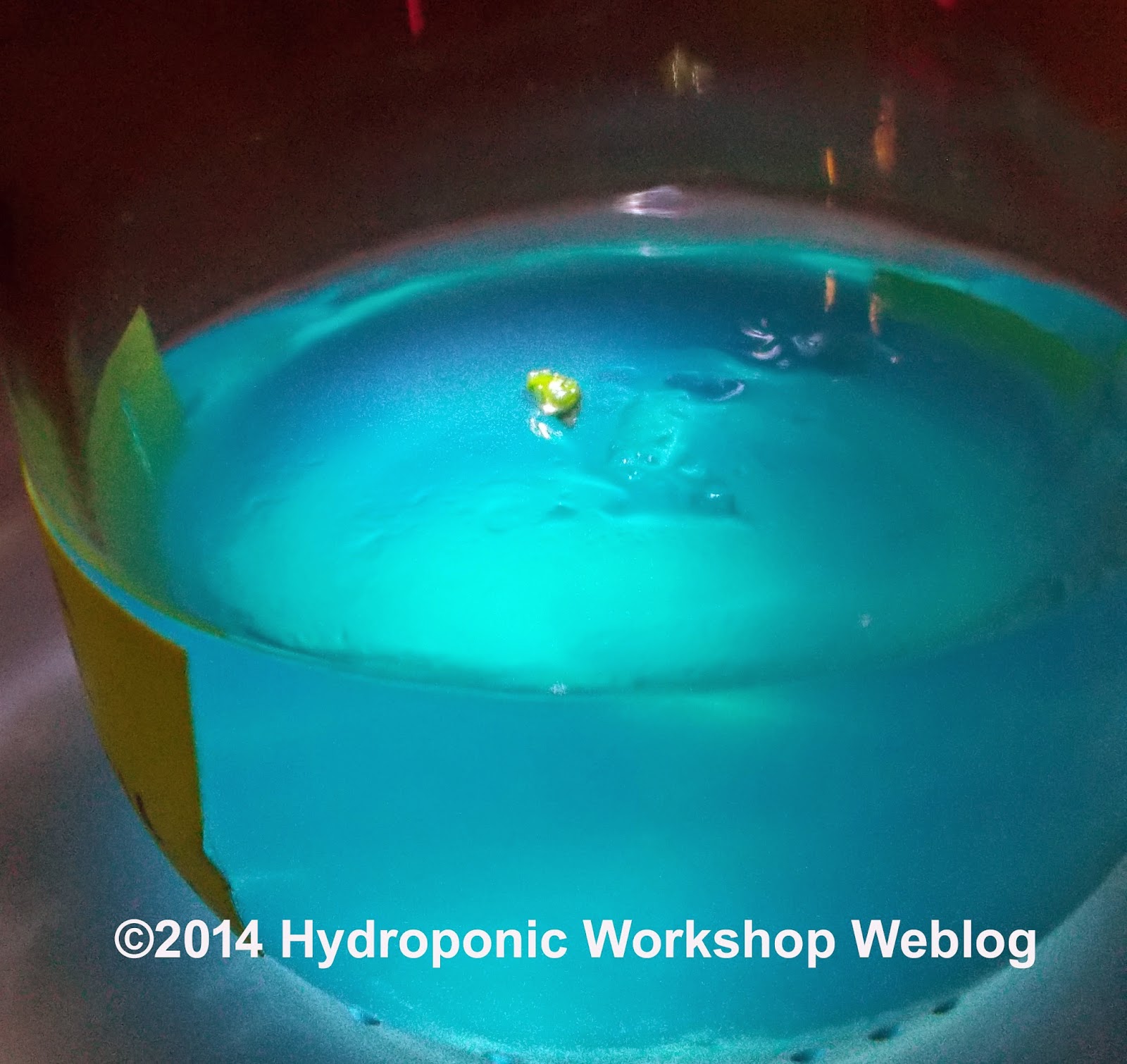 Plants have a property called totipotency,  explained by Plants in Nature as follows:

"Many somatic plant cells, including some fully differentiated types (e.g. leaf mesophyll), provided they contain intact nuclear, plastid and mitochondrial genomes, have the capacity to regenerate into whole plants. This phenomenon is totipotency, an amazing developmental plasticity that sets plant cells apart from most of their animal counterparts, and was ﬁrst demonstrated by Steward and Reinert in the 1950s. Often totipotency is revealed when cells or tissues are disturbed or removed from their normal environment and, for example, placed onto artiﬁcial media in tissue culture. A differentiated plant cell that is selectively expressing its genetic information can instead initiate expression of the program required for generation of an entire new plant. Many plants have been regenerated from single cells, but not all plant cells are totipotent; some are terminally differentiated, often because of partial or complete genome loss. We can generalise by saying that most plants at most stages of the life cycle have some populations of cells that are totipotent. Totipotency is of course also a property of normal undifferentiated cells, for example in meristems."

If you look really hard, you can see the tiny green tip in the center of the jar.  When I placed the tip in the jar on March 20, 2014, it was about 1/8" inch in length and pure white, presently, it is about 1/4" in length and a healthy green.

Imagine the possibilities if humans had the same property.