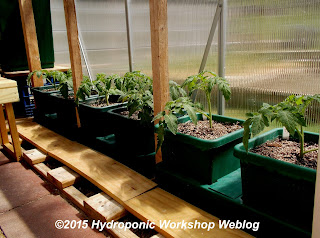 The tropic tomatoes have been planted in the auto-pots and placed in the greenhouse for the season.  The valves and water lines have not been installed, as I plan on top watering them for several days until they become acclimated.

Using the wheelbarrow, I mixed several batches of soil to up pot some olive and fig trees, now I ache all over from lugging the bags of ingredients around.  It seems I work harder at this hobby than I ever did when I was employed.

Tomorrow I will start the cucumber seeds for the greenhouse, so I will have to decide which variety I will grow.

This year I will use nylon netting to support the cucumbers in the greenhouse.  It should be much easier to deal with than the poly webbing.

Posted by Jack Bulmer at 5:46 PM No comments: 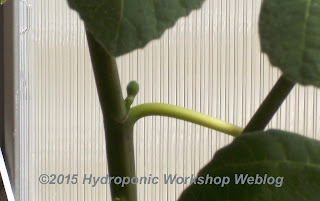 I noticed this small nodule on the Brown Turkey fig tree this morning and it took a moment before I realized that it was a fig bud.  Upon further inspection I found several more forming on the tree.  Figs are far far easier to grow in a greenhouse than olives, I can attest to that. 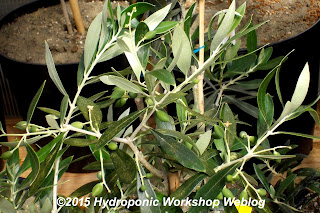 Having said that, now that I have had some experienced with olives, and have become familar with their nuances,  I am more comfortable with them.  The tree in the photo is a Greek variety called Koroneiki, it fruits in a few years, is prolific, and makes a very good container variety.  There is an Arbosana tree next to it that is still flowering that may be even more prolific. 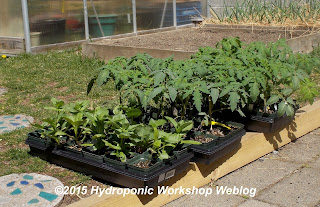 It appears as though I am going to have to up pot the tomatoes and annuals, as they are getting too big for 3" pots.  Planting in the garden is still a month away, so there is little choice but to transplant the garden seedlings.  In the next few days I plan on moving some of the olive trees outdoors for the summer,  placing some of the tomato plants in auto-pots in the greenhouse to begin the season. 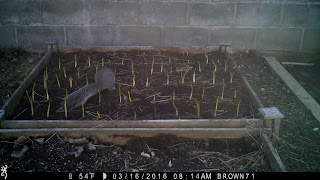 The trail cam was used to identify the culprit digging up the garlic and onions. 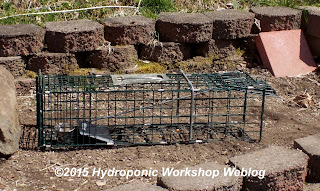 Having had enough of their destruction, I ordered a humane trap on eBay. In less than a week 14 of these destructive animals have been relocated  far far far away.  The sets have been undisturbed for the last several days, now that the population of varmits has been reduced. 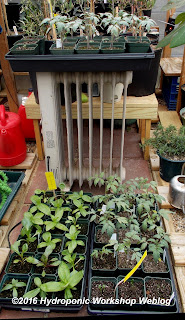 Up until now the garden seedlings have been indoors under grow lights.  The next few days are forecast to be cool and cloudy, so I decided to begin the hardening off process by letting them spend several hours in the greenhouse.

Right now under cloudy skies the greenhouse temperature is 53 with the humidity at 66%.  To avoid damping off  I have been bottom watering the seedlings and keep them sort of on the dry side.   So far, everything looks fantastic.

Last night the temperature was below freezing, but using the mechanical timer set from 8 pm to 8 am the greenhouse remained a comfortable 54 degrees F.

Posted by Jack Bulmer at 3:09 PM No comments:

In a previous post I mentioned purchasing a Thermo cube to control the heater for the greenhouse.  Up until recently it has not been cold enough to adequately test the unit, but that changed a few days ago.

Our weather has changed dramatically, with several inches of snow and temperatures well below freezing, both during the day and at night.  The plants were brought back indoors until the weather moderates, so with the greenhouse empty I decided to test the cube.

The Thermo cube was a dismal failure when it came to controlling the heater, while it seemed to work, somewhat, with a small LED light.  My thinking was that the resistance to the electrical current draw of the 1500 watt heater was causing a heat build up in the cube circumventing the thermostat.  When I spoke with one of their representatives, I was told that that was not possible, as the thermostat was bi-metal construction.

We all know that when an electric appliance is working, the cord and outlet, even the circuit breaker, get warm.  How do they expect the heat caused by resistance within the cube not to affect the bi-metal thermostat? 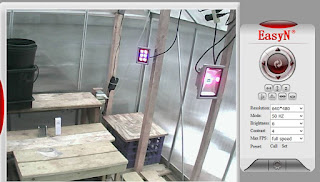 The above photo shows the cube with just the LED lights which draw a watt, or less.  The temperature is in the thirties and the cube has the light turned on.  As seen in the photo there are two very accurate thermometers in proximity to the cube and circuit. 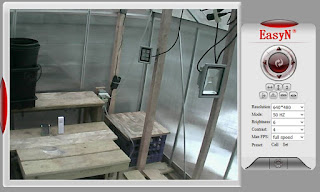 When the heater is plugged in, the grey cord on the left, the cube turns off in a minute or so, as you can see by the lights.  The test has been repeated several times over the last 24 hours with the results being the same.  Additionally, I have tested two different cubes with identical results.

If you have purchased a Thermo cube and intend to use it to control  greenhouse heating, beware, test it thoroughly before you trust  it.  These tests were conducted with four different heaters: 600 watts, 900 watts, 1300 watts, and 1500 watts.  The published rating on the device is 1800 watts, so all of the heaters were within the device's specifications.

This morning I will be returning the cubes for a refund and will go back to a simple mechanical timer and oil filled radiator for heating the greenhouse.  These have served me very well for a number of years now, so it just proves: Don't mess with success.
Posted by Jack Bulmer at 10:01 AM No comments: